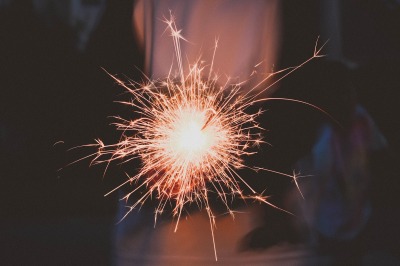 “Where there is anger there is pain underneath” – Eckhart Tolle

“If My people, who are called by My name, will humble themselves and pray and seek My face and turn from their wicked ways, then I will hear from heaven and I will forgive their sin and will heal their land.” – 2 Chronicles 7:14

To be frank, I’ve had a deep desire to confront supporters of Donald Trump and ask “what were you thinking?”

Election night I watched, feeling confident that the candidate who I felt was good and deserving, despite her flaws, would win even as the numbers weren’t going in her favor. When we all realized this might not be the case, I went to bed in tears, worried for our future and unable to watch Trump supporters growing in excitement. A man I felt stood for nothing but himself and had lied to everyone in order to rally their support, would soon be my president and my leader.

The next morning I woke up, checked my phone and was shocked my fears came true. As the last few days went on, I’ve heard friends tell stories and watched the news stations show what this has sparked. A happily-married gay couple no afraid to go out in public, after their neighbor left them a warning note that their marriage would be banned again soon. A school teacher saddened when watching a white student threaten a latino one, saying that they’d soon be kicked out of the country and shipped back to Mexico. My coworker afraid to go to work and face the day as she is transgender and fears for her community. A college classmate terrified she will no longer have health care coverage for her chronic illness. People protesting as they are ashamed to be represented by someone who’s beliefs drastically contradict everything in which they believe.

Through the week we’ve seen all this blame goes on Trump and his campaign. And all the hate goes on his supporters.

However, through the course of the week another piece of this has become clear: if asked, any Trump supporter would tell you stories that stir up their own fear. They would speak of their suffering and their loved ones suffering. And they would blame Obama or Hillary. And all their hate would be directed towards their supporters.

It’s an endless back and forth. No one wins.

Yes leadership is important. Our leaders set policies, a precedent in behavior, and especially as president, they have power no other singular human holds at that same time. As people of faith, however, we know better than to put all our trust into one human. We know and need to be reminded, the danger is not in that human, but in the war that arises when we feel so passionately right that we don’t take time to listen to why everyone else thinks they’re also right. It’s about the pain that is heightened when we look to the world rather than to our faith. It’s about the fear that arises when we don’t look up towards our Savior.

The only hope I have when I hear of all this pain and chaos is that in each one of those situations, our God could intervene. If we step in and protect others from their fear, praying for wisdom and strength through the whole act, one less person will turn to hate. The one thing that threatens us to fall into the wars of the centuries past, is that our fear and hate and stubbornness and complacency get the better of us.

If you can be that level-headed person that intervenes in a situation, showing love and compassion and granting an ear, please do. It’s where good comes in amongst evil. It’s the one thing, done over and over, that can make true changes.