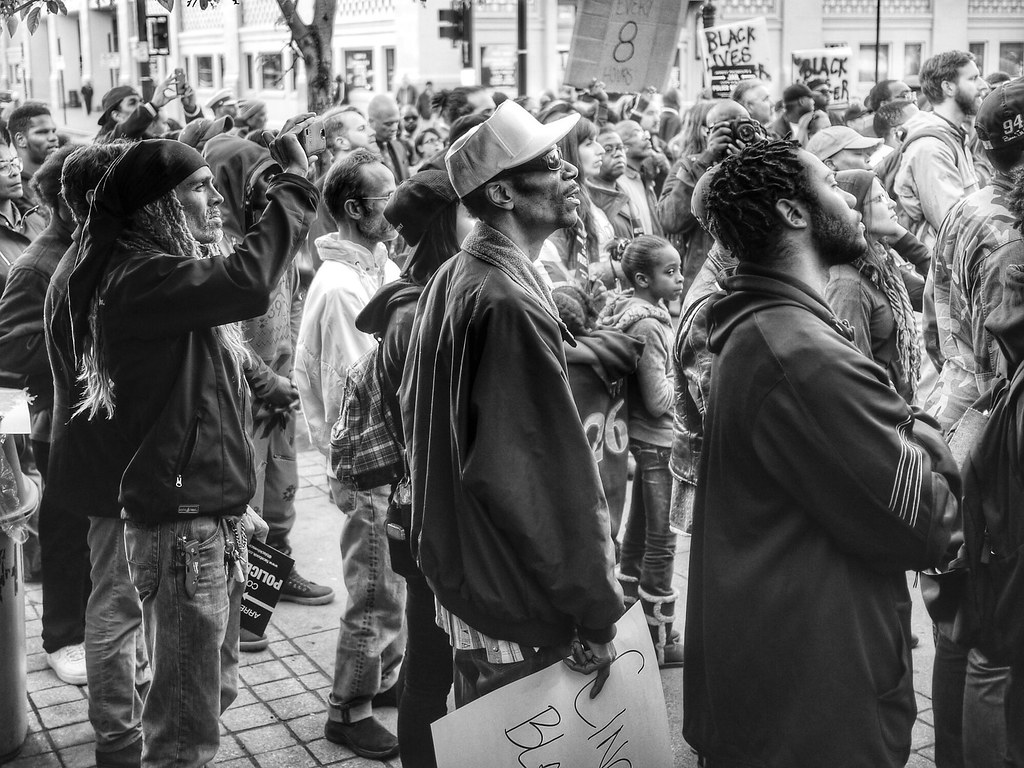 “Do not be grieved for the joy of the Lord is your strength” – Nehemiah 8:10

Admittedly, I’ve been quite complacent as of late. I watch the news that unveils shootings and injustice and hostile protests, then I turn it off and walk away. I feel as though I don’t know where I stand on each issue and that if I get involved I am at risk of hurting myself or others. I don’t even like to use social media as it often feels like so many words and so little action.

My indecisiveness and pacifism become my excuse to stay away.

This past Sunday I attended a worship service at the Upper Room that provided some answers. This being the weekend after the shooting of Philando Castile, Alton Sterling and four officers in Dallas, we all wanted answers. Despite this church having planned a summer series of several guest speakers four months ago, this week’s guest speaker happened to be the one woman in the lineup with her whole life focused in on the recent events. She is a leader of Black Clergy United, a friend of a woman whose 2-year-old son was shot and killed in North Minneapolis last week and a mother of two who is fearful for her sons’ lives.

Dee McIntosh wasn’t there to lecture us about our lack of involvement. She simply saying that she was the only black person in front of a mostly white middle class congregation pointed to how removed we likely were from recent police brutality. It became clear to me that I’m privileged to even have the ability to decide if I want to get involved. I can go about my day almost normally, choose to ignore the news, talk about frivolous matters rather than what’s happening.

She sat on a stool in front of the congregation and even just a few words out of her mouth showed us how shook up and exhausted she was. How deeply this affects her world. By sitting there and talking to us, Dee pulled us all into a cause that we may have been neglecting to confront. She told her story and she had us all feeling the pain she’s felt. Not a pain you feel when you see the news and then go about your day, but the pain you feel when you’re involved in it and can’t turn away.

When a member of Upper Room asked, “so what can we do?” she pointed to the story of Nehemiah. She said first we lament: we feel the sins of the whole world and we cry with it and we ask for God to forgive us. Then we lament with one another: we talk about the pain and the injustice. And then we act.

This is the part I often get hung up on. I don’t lament because I don’t think I have a right to get involved or take action as someone who’s largely remained safe with the current situation. And if I’m not going to show up at a protest or get physically involved, then what right do I have to just sit and apologize for it? If I don’t think that all police are horrible nor that the system is just, how do I take action to help both sides?

Dee answered this for us. First, she said we have to lament in order to bring us to the emotional level the people involved are at. We have to feel their pain and admit how unjust this world can be. In regards to the third step –  action – she admitted she doesn’t agree with how many of the protests unfolds, but she shows up anyways. She pointed to our power as Christians. She can show the protestors kindness when others are showing them backlash. She can show the police peacefulness when others are full of anger.

Maybe none of us will show up at any of these events, but Dee inspired me to at least start doing a lot more praying. To feel this pain in its entirety and to ask God what I can do. Even if it’s in the conversations I have or the way I go about my day.

This past Sunday, that whole church cried. We all lamented.
Now we have to act.